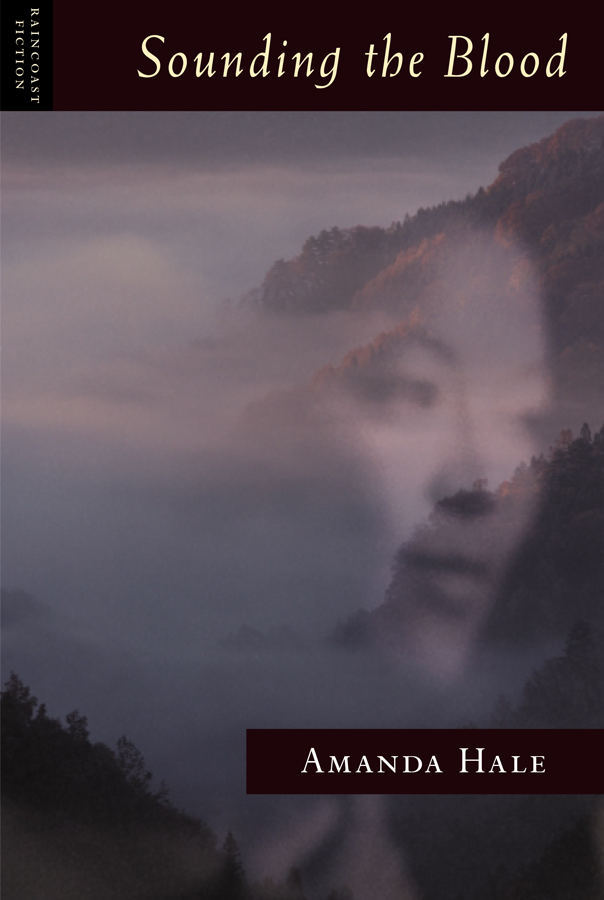 SOUNDING THE BLOOD  invokes the spirits of five dreamers held hostage to time, place and memory. Drenched in myth and mist, Rose Harbour is home to: Leo Slaney, the Newfoundland boss whose fumbled overtures to repair his marriage mask guilt and repressed desire; Nora, Leo’s distraught wife winnowed by loss and phantom lovers; Isobel, the Slaneys’ rebellious daughter newly awakened to the forbidden love of a Japanese suitor; Lee Sun, a young innocent seduced by the opium and gambling dens of Victoria’s Chinatown; and Kazuo Yamamoto, a wronged outsider yearning to recover his wife and child in Japan.
The sixth voice is the voice of the land and of Jake, a station tradesman who outlasts the seasons and sees all. In dreamlike prose that takes on the motion of the tide itself, sweeping from figment to flesh, Hale offers a heady concoction of secrets and longing – a mesmerizing story that rises three generations out of the sea.

“Like Melville, Hale makes prose poetry out of the bloody particulars of our encounter with the largest of mammals, gives ancestral depth and lyric grace to human losses and desires.” – Keith Harrison, author of Furry Creek.

“Hale has penned a vivid portrayal of a world circumscribed by slaughter, and a touching examination of lives unfolding in the shadow of failed dreams. Watching the spring arrival of fresh young workers ‘like boys entering paradise,’ Leo notes that they’ll soon learn ‘they are earning their keep in hell.’ ” – Globe & Mail.

“Sounding the Blood is a book of images, the literary equivalent of an Impressionist painting, a story told in broad brushstrokes . . . ” – Toronto Star

“… a finely woven tale of five lives lived at a remote whaling station in 1915 … The dangers that touch each life are expertly handled, whether it be the danger posed by slaughtering whales, or by living in close quarters with men out of place and far from home, or by love forbidden by social convention and skin colour.” – Quill & Quire

Sounding the Blood is an ambitious and impressive debut novel, intricately woven against the stain of memory and history . . .” – Room of One’s Own.