MY LIFE AS A SPY

One of the two narrators in Mad Hatter is a child called Katie, who speaks from adulthood, recalling her post-war life. In early childhood she makes a remarkable discovery.

I could hear Vera’s voice floating down the corridor as she sang along with Doris Day … ‘With a song in my heart, I behold your adorable face …’ Mum must have heard it too because she jumped up suddenly, the letter in her hand, and marched towards the kitchen. I flattened myself against the wall, feeling a rush of air as she passed, then I followed her down the corridor and listened.

“What?” Vera looked up from her ironing.

“Can you believe it? This is the last straw.”

“What’re you talking about?”

“My husband was too much of a coward to tell me himself. He got Baker to write a letter and post it just before they left. Look, here’s the envelope. It’s postmarked January 23rd.”

“That was only yesterday. Fast delivery,” Vera said.

Mum began to cry, her face hidden in her hands, her shoulders shaking, and I began to cry too. I didn’t know if I was crying for my mother’s unhappiness or for fear of not seeing my father again. I just knew I had to be quiet about it.

Mum swept past me once again. That’s when I realized that I was invisible. I knew in that moment that it was my talent and my power to make myself so, and I thanked the fairies for it and resolved to use it well. Adding silence to my invisibility I would go forth to conquer the world, armed with my advantages, spying, and harbouring my knowledge for a better day.

Katie represents my child self, telling a story based on the life of our family and how we were affected by WW2 and, specifically, by my father’s internment from 1940-43.

I grew up in the aftermath of that war in a landscape of bomb sites, with rationing and a general air of gloom and deprivation. An important part of my life was WW2 films and novels – The Dam Busters, The Wooden Horse, The Cruel Sea – and an abundance of novels and films about spies and secret agents – Carve her name with pride, Odette, The man who never was. 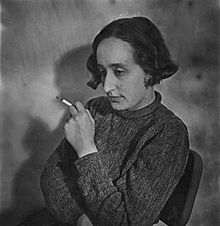 In the 2017 documentary, Tracking Edith, about Russian agent Edith Tudor-Hart who recruited most of the Cambridge Five – Cold War double agents Kim Philby, Anthony Blunt, Guy Burgess, Donald McLean, and John Cairncross – a Russian interviewee remarks that the majority of a spy’s work is extremely boring, and that it needs a very talented film director or writer to render it as exciting as say James Bond. Obviously there’s a lot of talent on the topic because the general opinion is that a spy’s life is full of romance, danger and excitement. In Tracking Edith spies are profiled by an expert as pathological misfits, who typically have arrogant, egotistical, and generally dysfunctional personalities. In order to lead double lives spies must master the arts of espionage which include secrecy and deception in a high degree, often to be maintained over a lifetime. For some agents the driving force is a complete belief in their cause – Communism or whatever – while for others the catalyst is more mysterious and self-serving. Money, apparently, was not forthcoming from the Russians during the Cold War, and was not in any case a priority for the idealistic type of agent. 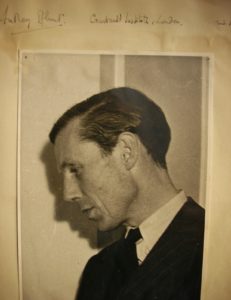 Irish novelist, John Banville has written a marvelous book – The Untouchable, 1997 – based on the career of Anthony Blunt. In the New York Review of Books, March 2019, Banville reviews Enemies Within: Communists, the Cambridge Spies and the Making of Modern Britain by Richard Davenport-Hines.

Davenport-Hines has many subtle, penetrating, and frequently surprising points to make about the political and social climate that nurtured Britain’s homegrown spies. He insists, for instance, that much of Moscow’s success in infiltrating Britain’s government ministries “lies in sex discrimination rather than class discrimination.” The British intelligence community was exclusively male. Women might be hired as typists and tea-makers, but never as officers.

Edith Tudor-Hart, a passionate Communist, was obviously an exception. Anthony Blunt declared her “the grandmother of us all,” ‘all’ being the Famous Five Cambridge recruits. She moved up the ranks from courier, to agent/recruitment officer. In the documentary about her life an interviewee has a different take on the spy gender gap when he says that women made better recruiters than spies because of their charm and seductive nature.

Obviously, if I had continued with my childhood ambition to be a spy my chances would have been slim and I might have found myself on the sidelines, typing and making tea, paving the way for the boys’ club. My early life was like that anyway, until 2nd wave feminism woke me up and carried me into the 3rd wave as a radical feminist.

I was recognized as a spy by a woman I worked with in theatre in Toronto during the 1980s. At the time I took it as a swipe at my secretive and withdrawn demeanour but, in retrospect I understand what she sensed.

I am willing to bet I was not alone in my early choice of career, which was perhaps more a choice of modus operandi than career. Many girls of my generation must have been inspired in the darkened cinema by Anna Neagle as the heroic survivor Odette Sansom, the first woman to receive the George Cross for her work with Special Operations Executive (SOE); and by Virginia McKenna as Violette Szabo, another SOE recruit sent to France to collaborate with the French Resistance, and who was captured and executed by the Nazis in occupied France. Szabo also received the George Cross, posthumously.

But I was born with something to hide – that was the root of my desire for duplicity in the cause of survival. First came the childhood revelation about the power of invisibility and the opportunities for secret surveillance it afforded. Only later came the analysis of my own pathology, after I had received formal boarding school training in polite duplicity; drama school training in the arts of becoming the other through imitation and dissembling; and finally a turn to the career of writer which has allowed me to wear the cloak of many characters, better understanding them and myself in the process.

John Banville, in his review of Enemies Within, quotes Davenport-Hines: “Institutional life, not parental influence, made Blunt, Burgess, Maclean and Philby what they were.” (Cairncross is excluded for class reasons. Guy Burgess wrote of him, “He comes from a lower middle-class family, he speaks with a strong Scottish accent and one cannot call him a gentleman.” That’s the England I grew up in. Imagine the shame of having a Fascist father, albeit an upper middle-class man, a “gentleman,” in post-war England which had just defeated Fascism only to enter a Cold War against Communism).

So convinced is Davenport-Hines of the centrality of schooling to the formation of the Cambridge spies that he devotes a chapter to the subject … In it he writes on Philby’s education at Westminster School, Maclean’s at Gresham’s – his “clan chief” while he was there was James Klugmann, who would later recruit Cairncross as a Soviet spy – Burgess’s at Eton and Dartmouth Naval College, and Blunt’s at Marlborough College where his closest friend was the poet Louis MacNeice. The regimes at these schools, Davenport-Hines shrewdly observes, “taught pupils a smooth-mannered duplicity.” As Blunt himself later recalled, at Marlborough he and MacNeice were dedicated in their aim to subvert, “but we were rebels within the law, and we were careful enough and clever enough to carry out our crusade without ever infringing the rules of the school.”

I am a product of a British girls’ boarding school, an institution I disliked and resisted (as had become my way), for five years, ingraining in myself a similar duplicitous rebellion – not as intelligent, but definitely within the job description of spy-in-training. Which is to say that you could perhaps call Britons of my generation and class potential spies – instead we call it eccentricity.

Ian Cobain’s excellent book, The History Thieves: Secrets, Lies and the Shaping of a Modern Nation, tracks the origins and rise of official secrecy – which Cobain calls “a very British disease” – from the passing through Parliament of the Official Secrets Bill in1889. “Britain’s first Official Secrets Act,” he writes, “passed through both Houses after three debates that lasted a total of nine minutes.” This Act was the foundation upon which a national culture of secrecy was built, obscuring the atrocities of colonial dealings, unreported wars fought, and surveillance initiatives.

The Official Secrets Act struck at the very heart of Britons’ lives, depriving individuals of the ability to share details of their past activities. One of many examples is the women and men who worked as code-breakers at Bletchley Park, as portrayed in the film Enigma, about Alan Turing who reportedly shortened WW2 by two years when he cracked the Enigma code. Turing was shockingly given a choice between imprisonment or chemical castration for his then illegal homosexuality. He chose chemical castration, a choice that ultimately led to his suicide.

Because all government employees were bound by the Official Secrets Act, the Bletchley Park code-breakers remained bound by secrecy until 1989 when the Act was lifted and documents were gradually declassified. This meant that people lived at a distance from each other, enigmas themselves with hidden chunks of their lives unavailable to their loved ones. This, as Ian Cobain shows, is just one way in which the national character has been shaped; a fact that I chillingly recognize at a deep level.

But the game is up. We live today in a new age of transparency and accountability, with reason to hope for something better of ourselves, beginning with freedom of communication.